Your cart has expired
Your order contained expired items and your shopping cart has been emptied.
Close
Lecture 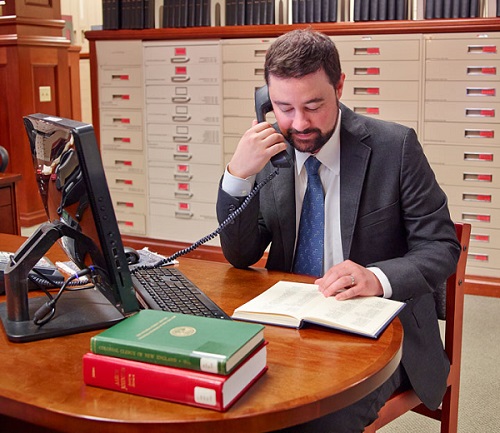 The Dos and Don'ts of Long Distance Genealogy Projects

All family historians seek to identify the name and origins of their immigrant ancestor and are eager to take their genealogical search to their ancestral homeland. Having a researcher “on the ground” and who is familiar with local archives can lead to astounding results, while saving you time and money. Join passionate genealogist Bill Cole and his English research partner Nicola Waddington of ArchivesAlive!, an independent archives consultancy service in the United Kingdom, to learn the dos and don’ts of long-distance genealogy projects and how to produce successful results. This program is a must for anyone contemplating—or already engaged in—a long-distance genealogy project of any kind!

William E. Cole, M.A. – Bill Cole’s passion for genealogy and family history began early. Since 1980, he has vigorously pursued his family history and their stories. His genealogy exploits include being the first person to document the English ancestors of his immigrant 8th great grandparents into the early 16th Century. Bill has uncovered ancestors born at sea, a shipwrecked survivor pardoned from a death sentence who survived Jamestown, two Mayflower ancestors, multiple Revolutionary War patriots on both sides, and other fascinating characters— including one involved in a California stagecoach robbery. Bill is a member of the Mayflower Society, New England Historic Genealogical Society, and the Sacramento German Genealogical Society where he currently serves as vice president. He co-chaired the International German Genealogy Conference held in Sacramento in June 2019 and has served on the International German Genealogy Partnership’s executive team. In business, Bill Cole is an internationally respected trainer, keynote speaker and executive coach. His presentations have taken him to North, Central, and South America, Australia, Singapore, Hong Kong, Japan, and Europe.

Nicola Waddington, M.A. – Nicola Waddington’s fascination with archives and history began at school when a teacher presented the class with a copy of the seventeenth century baptism register from the local archives. She was the only one in the class to attempt a transcription. The results were definitely not publishable, but her curiosity with archive sources began. Nicola then followed a career in archives, completing an MA in Archives and Records Management and holding a wide variety of fascinating archivist roles. She started work at The National Archives (then known as the Public Record Office) as an editor on the UK Census Indexing Project. This was followed by several local authority record office roles cataloguing and indexing documents for presentation on the internet. Nicola worked at Canterbury Cathedral Archives for nearly a decade, and through that work she ventured into the world of Catholic mission sisters. She has been Archivist to the Sisters of Our Lady of the Missions for eleven years. Another notable role has been at Alleyn’s School in Dulwich, London, which is celebrating its 400th anniversary this year in 2019. Nicola’s deep knowledge of archive sources has proved invaluable in the research projects she has undertaken, and as a result she has been able to smash through several brick walls in the Cole and Collier genealogies. She now works freelance under the name ArchivesAlive! both as an archivist and as a researcher.

We're Sorry!
Tickets are no longer available online for this event. Please contact our box office to get up-to-the-minute ticket availability information.